Where do the moulds come from ?

The molds in our moulothèque come from several crystal factories that are now closed. Here is a brief history of each of them.

In 1925, Théodore Heitzmann,​ a baker for the Saint-Louis​ Crystal Works lost a large part of his business when the works decided to open its own bakery, so he said if Saint-Louis could learn how to make bread he would learn how to make crystal. That was how the Lorraine Crystal Works was started. It began modestly with a four pot furnace and about a hundred workers, most of whom had trained at Saint-Louis and who, from the outset, could produce top quality crystal tableware. The style was influenced by the latest fashions that were seen in international tableware exhibitions. The main trend was for cut crystal with a coloured overlay, Bohemian in style. The clientele were mainly the middle classes whose rise through the ranks encouraged the development of Department Stores. The factory finally closed in 1997 after 72 years of activity.

The Hartzviller Crystal Works, situated in Lorraine, the cradle of the crystal industry in France, was founded in 1932 by experienced master glassworkers. Hartzviller Crystal Works employed 60 master craftsmen and produced blown glass decorative tableware that was hand finished using traditional methods. Contemporary articles were mass produced for wedding lists using this manual process and small personalised batches were produced for prestigious names in the restaurant and hotel industry (The Ritz, The Plaza, Restaurant Pierre Gagnaire, Le Crillon, etc.) The furnaces of the Hartzviller Crystal Works were finally shut down in 2004, bringing nearly 72 years of production to an end.

The old crystal works were located at Wadgassen in Sarre, Germany 15 km to the west of Sarrebrück. They belonged to the international company Villeroy & Boch which was first created in 1842 by Alfred Villeroy and François Boch in a former Premonstratensians’ Abbey in Wadgassen. In 1942 the factory switched all its production to lead crystal and will produce mainly table glass. Heavily damaged during the Second World War, the Villeroy & Boch factories in the Saarland passed under the supervision of the French Military Government after the war. Between 1946 and 1947, the Wadgassen plant employed 294 workers and employees. After many years of production, unfortunately the works closed in the 1990s.

was founded in 1704 and in 1711, the first ovens were lit in the picturesque valley. The industrial epic of the village of Meisenthal can begin. Are mainly produced objects of everyday necessity, bottles and jars to preserve food and drinks, window glass for protection, sold on local markets (Lorraine and Alsace). This is the production of common cup-making items (full table sets - drinking glasses, decanters, goblets, etc. -, honey, mustard pots, pie dishes, etc.). which will forever sign the specificity of the Meisenthal Glassworks. Gradually, with the improvement of modes of transport and trade, glassware is developing and distributing its products around the world. From 1867 to 1894, Emile Gallé, accompanied by the fantastic know-how of local glassmakers, undertook technical research which resulted in the creation of objects which are now part of the legend. At the beginning of the 20th century, the advent of coal allowed the Meisenthal Glassworks to develop. In the 1920s, the factory mainly produced "blown and pressed" utility glass and employed nearly 650 people. At the end of the Second World War, Meisenthal resists and specializes in glassware and common glassmaking. At the end of the 1960s, competition from mechanized Belgian and German glassworks in the field of glassmaking in particular, and the change in consumption patterns, triggered the decline of the Meisenthal factory. La Verrerie, which did not choose to modernize the production tool, ceased its activity on December 31, 1969 and separated from its last 230 employees, leaving in its wake a voiceless siren, the black church of smoke and the crumbly memories of a working-class adventure now extinct.

** The glassworks was founded in 1765 ** by the Countess de Mazirot de Reims, wishing to promote the exploitation of wood belonging to her. She separated from it in 1788, in favor of Nicolas Griveau.

The company only really took off when it was taken over by the Schmid family, who came from the Wildenstein glassworks in Alsace between 1823 and 1908, which undertook colossal construction work. Indeed, from the first years a water cutter was built in 1846, workers' housing in 1876, 1878 and 1880, then a new cutter with an acid etching workshop in 1881. Their successors, the Bourbonneux family, continued to expand the glassworks by building new extensions including the chapel and the market hall between 1900 and 19502. ** In 1960, the company merged with the glassworks of Bayel, Cristallerie de Portieux, Cristallerie de Vallérysthal and Fains, to form the Compagnie Française du Cristal. **

The Vannes-le-Châtel factory, which today covers 40,000 m2, manufactures table glassware from the outset, then diversifies, from 1930, into decorative works, before embarking on the production of production of crystal in 1963. The pieces produced exceed two million and are sold under the brands "Cristal de Sèvres" and "Daum".

However, despite the improvement in the quality of its productions and its diversification throughout the twentieth century, as well as its weight in the Toulois job market (more than 650 workers, artisans, artists in 1978 ), the sustainability of the site seems regularly threatened since the beginning of the 1980s, because of foreign competition and the production strategies of the parent company. 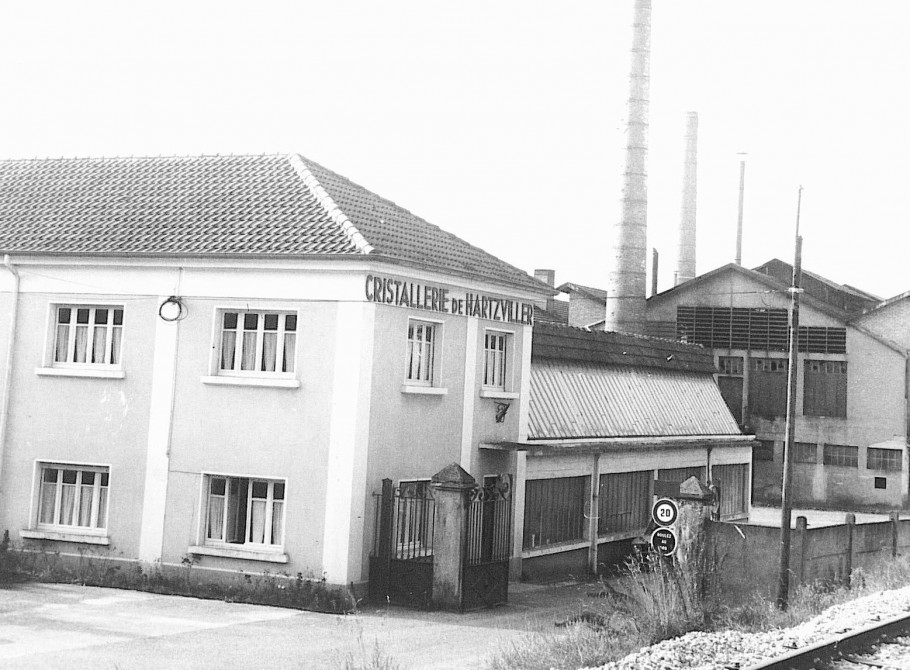 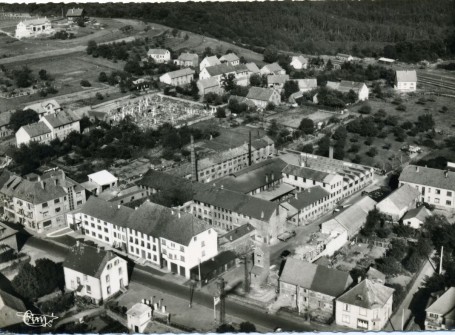 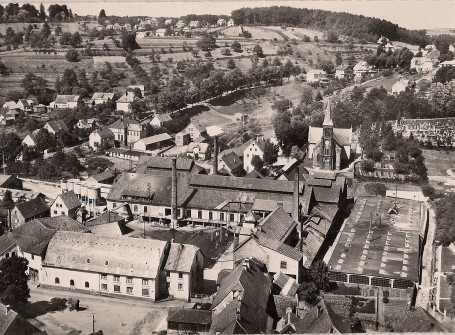